May has lived with Jack since they graduated from university.

They have taken care of each other.

Jack was a good man and he usually cooked meals for her.

He loved her very much but had never told her.

He decided to tell her the secret on her birthday night.

He bought a diamond ring and walked on the street happily.

Suddenly, he fainted on the wayside and was sent to the hospital.

He got cancer and his life under three months.

He felt very sad because he didn’t want to leave her.

He cried aloud and damn something.

It’s not fair to him.

He didn’t want to die at all.

He is just 30. His life was beginning and he had a lot of dreams.

He didn’t dare to tell her.

He was looking for a good man.

The man had to take good care of her instead of him.

She asked him, “Why do you want to introduce boyfriend to me?”

She promised to date with the man.

The man’s name was Weng and he was Jack’s doctor.

She felt very angry because Jack didn’t understand her mind.

She has loved him since they met at the campus.

May dated with Weng and told Jack whole sweet things.

Jack always smiled and said congratulations to her.

She didn’t feel happy at all but Jack seemed to hope she marry him.

So, May decided to marry Weng.

When they were taking place wedding, someone told her that Jack died.

She can’t believe that.

Finally, she knew why he looked for boyfriend for her.

She cried and left Weng.

No one knew where she went.

Someone guessed she died.

However, it was a sad story.

If you really love someone, please tell him/her. 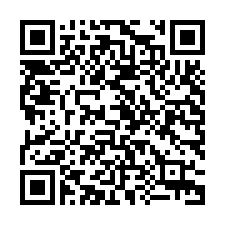