So far Czech Republic is the most beautiful country I have ever seen.

If you visit her, you won’t find the more beautiful country than her.

Czech Republic is twice as big as Taiwan. And it’s a square.

You can stay in Prague and take a trip in other cities. It’s not a long distance from Prague to any city.

We almost take train to visit countries. She is only country that I trip by bus.

Generally speaking, taking bus is shorter time than train. And you can save a lot of money.

You just need to spend about NT$200 to buy the round-trip ticket.

You can stay in a small hotel. It’s around NT$1800 one room one night.

You can have a great breakfast at hotels. It’s usually included in the room price.

When we knew that, we often entered restaurants easily.

If you have three persons, you just need to order two meals.

A meal abound NT$200 and you can have drinks.

I think that Czech Republic is an outside museum.

I often found beautiful buildings when I turned the street corners.

What a stunning they are!

Charles Bridge is very famous in Czech Republic. We went for a ramble in the bridge and found many street performances.

Besides, there were many painters painting for tourists. We saw a painter drawing a little girl’s eyes. It was very amazing that he was drawing her eyes true to life.

We visited Castle Region of Prague. The churches were very high and solemn. If you want to take pictures of them, you have to lie and put the camera on the floor.

CK is the most beautiful town in Czech Republic.

Her buildings were full of red roofs and rivers surrounded whole town.

We found a lot of stores which showed various styles.

These souvenirs were very cute and we took a lot of pictures of them.

We met seven girls who came from Taiwan and traveled by themselves.

We followed them to look for the popular restaurant and had a dinner with them.

I thought that she was full of pickpockets and was not convenient in transportation before I visited her. Actually, she was different from my thinking completely.

When we met some trouble, there were several persons to help us actively. We deeply appreciated their helping.

Even though most people can’t speak English, I still want to visit her again. 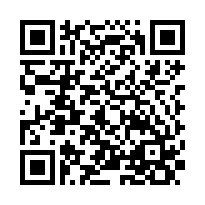