Though Ian wasn’t Anna’s elder brother, she treated him as close as brother.

Ian’s father was Anna’s father’s best friend. Since Ian’s parents passed away, he has lived in Anna’s home.

They grew up together. Anna liked to study with him and Ian often taught her a lot of things.

Ian was very smart. He was a medical student.

Anna was a pretty girl. He was also a university student.

She always attracted many boys but no one got her favor.

One day, Ian found that Anna was not a little girl anymore.

She is not only becoming a woman but also very beautiful.

He deeply fell in love with her but Anna didn’t know that.

A handsome man chased Anna crazily. His name was Neil.

Neil was a great composer. He composed a lot of songs for her.

She was been touching by him completely. She finally fell in love with him.

A rainy night, Ian took an umbrella to be waiting for Anna at the train station.

He saw that Anna and Neil were chatting with smile to walk to him. They looked very happy.

Ian’s heart broke right away but he was still all smiles to walk to them.

“He is my brother, Ian. Ian, he is my boyfriend, Neil.” Anna introduced them each other.

“Nice to meet you, too. I’m Neil. I have heard about you from Anna.” Neil said with smile

It was a shock to Ian. Since that day, he has been depressed.

“Ian, Are you meeting any trouble? You looked so terrible. Father and I were very worried about you. Do you mind telling me? I’m your sister. You can tell me anything.” Anna said with smile

“Really? Can I tell you anything?” He was gazing at her.

“Of course. Tell me anything about your mind.” She said

“I have hidden a secret in my heart of hearts.” He held Anna’ hand and showed sad.

“Secret? You shouldn’t hide anything to me. I want to know it. Tell me about it quickly.”

She was unbelievable to look at him.

“You’re my brother. Ian, I have treated you like a brother. We can’t be able to love each other. It’s impossible.” She looked very flurried.

“Sorry, I made you get into scrapes. Forget it. It’s just my own wishful. You’re still my sister. Anna, I apologized to you.” He said

Though Ian smiled at her, she knew that it’s not real smile.

Anna wasn’t happy like before. Ian felt very sad. He decided to move out.

“Father, I want to live nearby the school. I have been tied up with studying and practical training lately.”

Anna knew that he just didn’t want to make her trouble.

She has been missing him constantly since he moved out.

She didn’t understand why she missed him crazily. Maybe she loves him as well but she didn’t know.

One day, Anna went to Ian’s house and saw a woman hugging him. She felt very angry and sad.

“Anna, why do you come?” Ian felt very surprised when he saw her.

“I… I just help father to take these food to you.” She said

“She’s my director of the hospital. How have you been lately?”

“She…” He knew that she mistook him certainly. He wanted to explain to her but Riva interrupted him.

Anna nearly cried when she got that.

“I want to go home. Ian, father said that he misses you a lot. If you have time, he hopes to see you at home.”

“I see. Anna, are you all right? You look pale.” He was very worried about her.

Anna finally believed that she has fallen in love with Ian. She didn’t like that he hugged other women. Even she envied Riva very much.

When Ian got whole things, he was in a hurry to search for her.

Anna was been kidnapping by three men when he saw her.

“Anna…” He yelled at her but she didn’t hear him.

He followed the car to get a warehouse. It’s really dangerous to him.

They found him and hit him. His right hand was seriously injured.

When Ian got the bad news, he decided to give up Anna.

“Ian, where are you going?”

“Why? Why do you want to go? I don’t let you go. We can live together like before. Ian, I… I love you. I love you.” She cried and hugged him.

“I don’t need anyone. I just need you. I love you. Sorry, please forgive me my foolish. I finally realized that you’re my true love after you moved out.” Anna interrupted him.

“I haven’t loved you anymore.” He said

“It’s lie. I don’t believe you.” She yelled at him

“I don’t mind. I just want to be your wife and live with you forever.” She cried

Ian was crying and hugged her. He knew that he have never stopped loving her. He had a great love to her.

Anna gave him a kiss and he deeply kissed her.

“You’re my lover not sister. I love you, Anna.”

Anna was crying and all smiles. She knew that he was her true love. 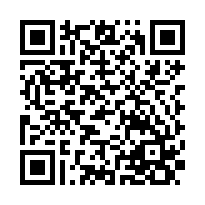