I want to tell you a story which I got it from an e-mail.

When I read the article, I felt very sad and worried about my children.

His parents told him that he must be a doctor and then manage his father’s hospital.

Even though he didn’t want to be a doctor, he didn’t dare to express his opinion at all.

His mother ordered him to cram at least five vocabularies between the classes.

He had to take lessons after school and learn some instruments on weekends.

He didn’t have any spare time to do anything that he wanted to do.

One day, Jack’s classmate lent him a pornographic book.

He had never read the kind of books before he got it.

He felt very excited and embarrassed when he read it.

He thought that it was the happiest thing after he entered the junior high school. He was fascinated with these books.

One day, when he was reading the book in the English class, his teacher found it and blamed him seriously.

The teacher informed his parents about his bad behavior.

When his mother saw him, she hit him angrily right away.

“Why did you do that? We let you enter the expensive school, you should study hard. You’re really a bad kid. Though you die, I can’t forgive you as well.” She felt very upset.

The director told his mother that Jack had to be recorded a demerit.

His mother felt very worried about him. She asked the director to forgive him.

“Jack has obeyed us to do anything. The book must be not his. Please don’t record any demerit to him. If you do that, he will leave a fault.”

Jack’s mother didn’t talk any words to him anymore when she drove him to home. He didn’t want to say anything to her as well.

When he got home, he went back his room and closed the door immediately. His father called him angrily but he didn’t respond him. He kicked Jack’s room door and blamed him seriously.

That night, Jack didn’t talk any words to his parents anymore. And he didn’t go to the lesson classes as well.

He felt very sad and hate his parents very much.

He lay on the bed and thought whole things which happened in that day.

He wanted to do something which made his parents feel regretful.

When his parents were sleeping, he took a knife and cut his wrist in the kitchen.

Next morning, his mother found him lie on the blood. She was frightened completely by him.

She was crying and shouting her husband.

Jack was sent to the hospital and then saved his life.

He hasn’t talked any words with his parents since that day.

His parents didn’t dare to force him to do anything anymore.

He didn’t want to go to school. His parents suspend his schooling.

They didn’t know how to handle the hard situation. They really feared to lose him.

His father couldn’t stand him. He entered Jack’s room and blamed him loudly. Jack’s mother kept him from talking any words to him.

One day, a man came to his house who was his father’s friend. He was a psychologist.

When the man knew whole things, he asked his parents to leave for a while.

Sometimes he talked cell phone with someone and sometimes made sounds.

Jack opened his room door after ten minutes. He wondered the man why stayed at his house.

“My television was broken. I just want to watch TV.” The man said

“Are you my father’s friend?” Jack asked him

Jack didn’t keep an eye on him anymore.

“Do you have any food? I feel a bit hungry.” The man said

“I don’t know. My mother usually cooks for us. If you want to have something, you can go check in the kitchen.”

The man entered the kitchen and then found some instant noodles.

He asked Jack whether he wanted to have some instant noodles.

“My mother doesn’t allow me to have instant noodles.” Jack looked unhappy

“Do you want to have it?” The man asked him

Jack nodded to him.

“Can you buy some eggs for me?” The man said

He has never bought anything by himself. He felt so interesting.

The man was watching TV and having instant noodles.

“My mother doesn’t allow me to watch TV when I eat meals.” Jack said

“Do you want to watch TV now?” The man asked him

Jack nodded to him.

“Let’s watch TV together.” He said with smile

“How tasted it?” He asked Jack

“It’s not delicious at all.” He showed disappointed

“Do you like your mother’s cooking?” He asked him

“Have you ever told her about your feeling?”

“Do you want to tell her?” He asked Jack

“Do you really want to do that?” He asked Jack

“No, I just hate them. Why don’t they understand me? Why? I don’t like to study at all. I don’t want to be a doctor. Though my father is a doctor, I don’t think he is happy. I don’t like his life at all. I want to create my own life. I don’t like to see my parents quarrel each other. Am I still their child if I make them disappoint?” He was crying and shouting loudly.

When he told whole things to the man, he felt very comfortable.

Do you really understand your children? Do they usually feel stresses from you? I think that no one like to be forced to do anything.

Every child has their own opinions. Don’t want to dominate your children’s future. Don’t request them to come true your dream.

I felt very sad after I read the article. I don’t wish that my children are like Jack. I hope that I can be their great friend. 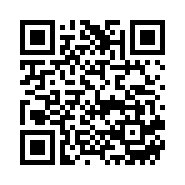