Evan and Perry were the best friends. They lived in the church together.

Evan was an orphan and he has never seen his parents.

Perry was a bastard. Sometimes his mother came to visit him.

Though she always took a lot of gifts to him, he wasn’t happy at all.

They met a girl when they were ten years old.

The little girl’s name was April. She was a very pretty girl.

April’s parents passed away after she moved to the village.

She was sent to the church and then lived with them.

“Don’t worry anything. We’re going to protect you forever.” Evan said with all smiles

A sunny afternoon, they went to go home from school by walk.

When they passed through the river, April’s harmonica dropped into the water.

She was very nervous and wanted to find it at once.

“What are you doing?” Evan caught her hand

“My harmonica… It’s the most important treasure which is my father’s.” She cried right away.

“How should we do?” Perry asked Evan

“Don’t worry. I’ll find it. You wait for me here.” Evan said seriously

He jumped into the water and found it.

Evan handed her the harmonica. April appeared smile on her face when she got it.

Suddenly, water was rushing to him and then he was submerged.

He disappeared all at once in front of them.

“He died.” Perry said with cry

“Nope. He lives. He’s without die.” April was very sorrowful.

Though they couldn’t accept the fact, Evan hasn’t appeared anymore.

How time flies! Perry and April both were 25 years old.

Perry has taken care of her all the time. Actually, he has never stopped love her.

“I’m leaving for Japan tomorrow. What things do you want? I can bring them for you.” April said to Perry

“No. Just need to take good care of yourself.” He said with smile

Next morning, Perry drove her to the airport and gave her a hug.

“I’m waiting for you to come back.” He said

Though April realized Perry’s heart, she has treated him like a best friend not a lover.

She got Japan and then met a handsome man who is Evan.

Actually, he saved his life after he dropped into the water.

He followed a Japan couple to come to Japan and became their son.

He changed his name and people called him Byron.

They didn’t recognize each other when April met him.

Byron gave her a great hand when she met trouble in Japan.

April appreciated him very much.

She fell in love with him gradually.

She went to his office to visit him before she left Japan.

“I’ll go tomorrow. I’m glad to meet you.” April couldn’t bear to part with him.

“I haven’t known your name. Could you tell me what’s your name?” Byron said

“Nope. I think that we impossible meet each other again.” She looked very sad

In fact, Byron fell in love with her as well.

He wanted to tell her about his mind but he didn’t dare to say any words to her.

Next morning, April arrived at the airport and has been waiting for Byron.

She decided to tell him about her mind.

At last, he was without coming. She felt very disappointed.

Byron got to the airport hurriedly after the airplane took off.

He also wanted to tell her about his mind but he didn’t meet her.

He felt very sad and then decided to meet her in Taiwan.

Maybe he must go back Taiwan to see his friends who were Perry and April.

“I’ll come back Taiwan soon, mom.” He told his mother that he wanted to see his friends who lived in Taiwan.

“You surely come home. I’ll be waiting for you.” His mother said

“I see, mom. Don’t worry. I surely come back.” He hugged his mother and kissed her cheek.

Byron finally came back Taiwan. He had a great touching.

“Sister!” He entered the church and walked to nun.

“Who are you?” She looked at him

“Don’t you remember me? I’m Evan.” He appeared bittersweet

“Evan? Are you Evan?” It was really unbelievable.

The nun was very surprised and hugged him with cry.

“Where were you? Perry and April have been worried about you since you disappeared.”

“Where are they? I want to see them right away.” He said with smile

“They’re working in Taipei. They’re going to visit me this weekend.”

“This weekend? Don’t tell them about me. I want to give them a surprised.” He said

In three days, Perry and April came back church.

“Sister, how have you been lately?” April gave her a hug.

“I’m fine. I heard that you took a trip on business in Japan.”

“Yeah.” She showed some blue because she recalled Byron.

“Are you all right? Since you came back, you have been unhappy.” Perry said with worry

“What happened, April?” The nun asked her

“Well, you’ll feel happy after you see a man.” She smiled

“What’s your meaning? Who’s the man? Is he our friend?” Perry asked her

“Yes, he’s your best friend. You have been missing him.” She said

“Who? Who’s he on earth?” Perry was very curious.

He appeared in front of them.

“Who are you?” Perry asked him

“It’s you. Why are you here?” April was very surprised.

“Are you April?” Evan said with all smiles

“Yes. Well, why are you here?” She asked him

“April, do you know him?” Perry had some envy him.

“Yeah, I met him in Japan. He has ever saved my life.” April gazed him

“Perry, I’m Evan. I come back.” Evan looked at him

Perry hugged him. He was crying and hit his shoulder.

“Why didn’t you come back early? We have been worried about you.” Perry said

“Sorry, I have wanted to come back. I went to Japan with my parents who saved my life.” He said

April cried quietly and didn’t say any words with him.

“April. It’s me. Do you forget me?” Evan said with smile

“I see. I’m very glad to see you. Evan, thanks for you coming back.” She cried

That night, they talked a lot until next morning.

“I want to tell you something.” Perry said aloud

“What?” Evan looked at him with smile

He took out a beautiful ring and sent it to April.

“April, may you marry me?” Perry asked her

Evan felt very shock and April didn’t know how to answer him.

“Evan, I have loved April since I was a child. Will you give me a blessing?” He said

She fixed her eyes on Evan and wanted to know his opinion.

Evan didn’t know how to handle it. He wasn’t able to hurt Perry’s heart.

“Sorry, I can’t accept the ring.” April said with peace

“Why? Do you have lover? Who? Who’s your lover?” Perry felt very fear.

“Yes, I deeply have fallen in love with a man.” She said

“Who’s he?” Perry asked her

Evan wanted to know as well. He was very afraid that April loved another man.

“He’s… He…” She gazed Evan with sorrow

“I love you.” Evan said suddenly

“May I love you if you can’t accept Perry’s heart? Since I met you first, I told myself, I surely marry you.” Evan said

Perry felt very sad. He recalled Evan’s words that he has ever told him in childhood.

“Sorry, Evan. I forgot our promise. I told you that we’ll chase April together. Follow her decision. So, forget it, April. You can choose which man is your favor.” Perry said with smile

April was touched beyond words.

“Thanks, Perry. You’re the greatest friend. Can you become my friend forever?” She said

He nodded his head and walked out the room.

She deeply gazed at Evan.

“I love you. Actually, I wanted to tell you about my mind in the airport but I didn’t meet you.” April said with cry

“Me too. When I got there, you have left Japan.” Evan said

He hugged her closely and then kissed her. 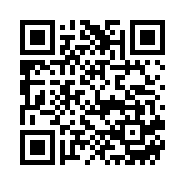