“He lives. He told me that he’ll buy cake for me. Mom, he lives.” Rae said

Though she has believed that her husband still lived in the world, he hasn’t appeared anymore.

“Forget him, Rae. You have to live for yourself. Why didn’t he come back home if he was without death? It has been past five years. Enough!” Her mother said

Rae finally agreed to marry Berg. They lived together for one year.

One day, she saw a man who was driving and stopped next to her.

She followed his car to a house where was his home.

A woman walked to him and said something with him.

Actually, the woman was his wife.

And he was Rae’s husband who has lost five years.

Her husband was opening a small ceramic shop.

She wanted to ask him what happened on earth six years ago.

She entered the ceramic peacefully.

“Welcome!” Her husband walked to her but he didn’t know her.

She felt very strange and sad.

“What do you want to buy?” He asked her

“Well, I heard your shop from my friend. I’m just interested in figuline.” She said with smile

“Maybe he met a big trouble six years ago.” She told herself

“Have we ever seen?” He said

She was gazing sorrowfully at him.

“Do you really forget whole thing? She asked him

“My brain has been hurt and I forgot whole thing.

“Why? Why did you forget anything?” She had some upset

“I met the earthquake six years ago. A girl saved my life who is my wife. She gave me a home and then we married.”

When she got it, she felt very sad.

“Have you ever searched of your past?” Rae looked at him

“Yes, though I wanted to know who I am, it’s really difficult.” He said

“Are you happy now? How’s your wife?”

“Do you have children?”

“Yes, I have one son and one daughter. They’re so adorable.” He was all smiles

“So, are you satisfied your life?”

When she got that, she felt very sad.

Maybe she should forget him.

They both had their own new life.

He has forgotten whole thing.

He hasn’t been able to recognize her.

It was time that she had to give up him.

She gave a smile to him and then walked out his ceramic shop. 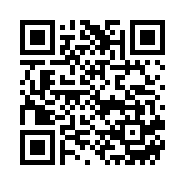