“I have decided to introduce you to my elder sister.” Vito said with smile

“Vito, we just knew for one year.” Gill looked a bit worried.

“It’s enough. I want to marry you at once.” He gazed her

“I’m afraid…” Her eyes were full of fear.

Vito hugged her and then imprinted a kiss on her forehead.

“Don’t worry. My sister surely likes you. She always supports all things of I like.”

“Do you remember that I have told you about my hurt?” Gill said with sorrow

He recalled that she has ever spoiled a family.

Actually, she didn’t want to be a third party.

If she knew, she didn’t agree with the man absolutely.

She hadn’t dared to lose her heart to another man until she met Vito.

She didn’t accept Vito right away.

He spent two months to chase her and then got her heart.

Though she fell in love with him, she has worried their future.

Vito gave a smile to her.

“True me. My sister is a very kind woman. I believe that you will certainly like her.” He smiled

Gill nodded to him.

A sunny afternoon, Vito invited his sister to a restaurant.

“I’ll introduce my girl friend to you.” He said with happiness

“Really?” She was all smiles

“Yes. She will come soon. I think that you surely like her.” He seemed quite confident.

“Wow, I’m very looking forward to her coming.” She said

“I’m not a witch. By the way, how did you know her?” Hazel asked with curiousness

“That was really a hard work. I met her on the plane. Do you remember that I took a trip in Japan last March?”

“So, it was a romantic meeting unexpectedly, right?”

“You can say that again. However, she’s my wife. I want her. Nobody is able to keep us from loving each other no matter who they are.

She realized his meaning completely.

Gill entered the restaurant when they were chatting happily.

She felt very unbelievable when she saw Hazel.

“It’s her.” Gill had a great shock because Hazel is the woman who was spoiled marriage by her.

She didn’t dare to walk to them and then ran away.

She stopped and cried sadly.

It was Vito. She didn’t dare to answer it.

“How should I do? Vito, is that true? Why is she your sister?” She cried

She recalled something that Vito told her about his sister.

“I have treated her like my parents. She’s the most important person to me in the world.” He said seriously

She understood Vito. If she told him whole thing, he will lose his mind.

“I can’t give him a hard time. Vito, I love you. I love you.” She cried and told him about her mind.

It rang again. She pressed the talk button.

“Gill, it’s me. Where are you? We have gotten to the restaurant. Do you need me to drive you?” Vito said with smile

“Do you know what are you talking?” He felt upset

“What happened on earth? Gill, I can’t let you go. What did you say that? My sister has agreed with us. Gill…” Vito was very worried.

Hazel answered the phone and she tried to get round Gill.

“It’s Hazel. Gill, I’m Vito’s elder sister. Why did you say that to him? He’s very worried about you. I won’t get you any pressure. Let me see you.” She said with smile

She decided to tell her whole things. If she knew who it is, she won’t say any words to her anymore.

“It’s me. I think that you haven’t forgotten me future. Sorry, I didn’t know that you’re Vito’ sister. Please help him to forget me.” She said sorrowfully

Hazel felt very shock. She could hardly believe her ears.

“Hazel, what did she say?” Vito looked at her

The cell phone was hung up.

“What are you thinking about?” Vito didn’t know why she showed fear.

“It’s her. She was the third party. Vito, she has gone.” She said

“What? Gill was the woman who spoiled your marriage. I can’t believe it. Hazel, I need her. Hazel…”

“No way. Don’t give me a hard time, please. Vito, I don’t want to lose you.” She said with upset

They were impossible to love each other anymore.

However, Hazel didn’t agree with them. 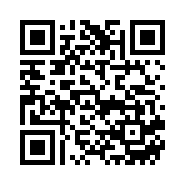