“Who can lend me some love? I need lovers.” She was saying and laughing at the same time.

“lunatic!” Someone said to her

She has lost her marbles for eighteen years.

Someone said that she without lost her marbles at all.

She just grieved to the extent of wishing to die.

One day, she was surrounded by three bullies.

They was laughing at her and touching her at the same time.

She cried aloud but no one helped her.

Suddenly, a boy rushed to these guys and then hit them.

“Don’t touch her.” He yelled at them

“She said that she needs lovers. We just want to give her some love.” One of these guys said

He looked at her angrily and then caught her hand to go home at once.

He tied her with string.

“Mom, don’t let her go out anymore.” He complained to his mother.

“Don’t say your sister like that. She’s your elder sister.”

When she got that, she gave him a slap strongly.

“Why hit me? It’s truth.” He said with upset

“Anyone can say her but you can’t.” His mother said with sadness

“Shut up!” She looked at him seriously.

“Why is she my sister? She’s a lunatic. People always laugh at me. You don’t understand my feeling at all.” He cried

“She’s not your sister. She’s your mother.” She told him the fact.

“Don’t tell me the lie. She’s impossible my mom.” He looked at his sister.

“I can’t believe you. That’s too ridiculous.”

“Your father died before you were born. Though your mom was very sorrowful even wanted to die, she stood whole grief and let you see the world.”

He lost his head completely.

“What happened in her? Why did she lose her marbles?” His eyes were full of grief.

“She met a ruffian and he wanted to violate her. She fell down from the hill in order to run away. She hurt her head. I didn’t know how to treat the situation. Though I knew I shouldn’t do that, I still decided to treat you like a son. I thought that it was the best way to you.” She finally told him whole facts.

He was crying aloud and looking at his real mother.

He walked to her and then squatted down in front of her.

She showed fear and didn’t dare to see him.

She was in tears quietly.

They wondered that she knew whole things.

Maybe she just didn’t want to face the real world. 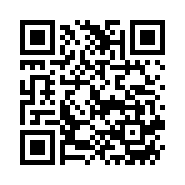