“I’ll be waiting for you until you come.”

It’s the last words that you talked to me.

I have been keeping the promise and waiting for you.

Is it just a kidding?

I have never doubted you.

“Don’t be silly. He has lost his heart to another woman.” My friends warned me.

I can’t believe it unless I get it from you.

That day, when I was walking to go home, you appeared opposite on the street all at once.

Finally, I was through the street and then stood in front of you.

I was looking at you angrily.

Though I struggled to keep back the tears, I burst out crying.

My deeds seemed to shock you.

“Where did you go on earth?”

I was crying and asking you at the same time.

You have kept silence.

“Though I don’t know where you are, I have been waiting for you.” I cried

You held my hand and then walked to your car.

I didn’t know what you wanted to do.

You drove me to the tomb.

“Why come to here?” I had a bad premonition.

You pointed at the tombstone and meant me to look at it.

I hardly believed my eyes when I saw it.

Your name was carved on the tombstone.

I fell back a few steps.

“Don’t be kidding.” I kept my head hard.

“He died.” You said peacefully.

I looked at you and then shook my head strongly.

“I know who you are. He told me that you’re his favorite woman. He owed you an apology. Don’t blame him. He has never forgotten you.”

I knelt down in front of the tomb.

“You said that you’ll be waiting for me until I come. Why did you tell a lie to me?”

I was crying and yelling at you at the same time.

I realized that I have lost you completely. 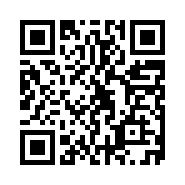