Which dream do you want to come true first if you’re just able to live three months more?

When Dylan knew the worst news, he wanted to live with Ella together.

Ella was his first love but they didn’t love each other.

She was a quiet girl. He has fallen in love with her since he met her in the campus.

He was falling down from his bike in front of her purposely.

And he gave her one flower every evening.

She didn’t know why he did that.

One day, Dylan stood in front of her with all smiles.

“Can we make friends?” He said

Ella didn’t speak any words but nod to him.

Dylan was very happy and gave her a big smile.

He often went for a ride with her on his bike.

He loved to take her to the seaside and then saw sunset.

They deeply loved each other.

One day, Ella’s grandmother passed away.

Her father called his elder brother who was her grandmother’s bastard to come back to attend the funeral.

Actually, Ella’s uncle has been full of hate to her grandmother.

He took his son to enter his young brother’s house.

When they got there, Dylan wondered that his grandmother lived there.

“It’s Ella’s house. Why does father take me to come here?” Dylan doubted that his father mistook something.

He felt very shock when he saw Ella wearing a shroud.

“He’s your uncle and he’s your cousin.” Ella’s father introduced them to her.

They really couldn’t accept the fact.

A sunny morning, Dylan was waiting for Ella on the way. When he saw her, he rushed to her immediately. He held her hand and then deeply gazed at her.

“Could you believe that? It’s lie. It’s not true. You’re not my cousin.” Dylan cried and yelled at her.

Though she realized that they were unable to love each other, it’s hard to forget him.

They decided to elope together.

When Dylan’s father found that, he had a great angry.

He rushed to a running trunk and ran into it. He died right away.

“Why did you do that? Why? Why?” Dylan couldn’t forgive his father.

His mother was very upset and then she forbade them to see again.

Dylan followed her mother to move to a new city but he didn’t have enough time to tell Ella.

Ella has been waiting for him at the train station until next afternoon.

She realized that he impossible came. She felt very sad and disappointed. Dylan seemed to disappear in the world.

A cold afternoon, Dylan fainted on the street and was sent to the hospital.

He got cancer. It was so terrible to him.

He cried at once when he recalled his own life.

When he was a child, his father often hit him seriously.

He has been unhappy until he met Ella. She has been his favorite woman in life.

Suddenly, he wanted to see her and live with her together.

He called her and then told her about his request.

“Are you a lunatic? I’m impossible to promise you. We both have married and you had a daughter of five years old. I love my husband and I can’t betray him.”

“Ella, don’t refuse me, please. Give me three months to live with you.”

“Lunatic!” She was very upset.

Ella didn’t agree with him.

“It’s my only wish. Ella, please…” Dylan was very sad.

“I impossible promise you even if you soon die.” She said cruel words to him. Actually, she still loved him very much.

Since Ella met Dylan, she has been depressed.

“You have been looking unhappy. What are you worrying about? Can I help you?” Gale who was Ella’s husband said to her.

“Maybe we need to take a trip. Which country do you want to go?” He said all smiles

Dylan seemed very depressed as well. His wife was concerned about him.

“Are you all right?” His wife asked him.

Her name was Nelly. She had a great achievement in work.

“Nothing.” He said shortly.

In fact, he didn’t love her at all. If his mother didn’t force him, he didn’t marry anyone.

Though Ella didn’t take notice of him, he still appeared in front of her.

“Don’t let me see you again. Get out!” She was full of angry.

“I haven’t forgotten you. Only three months… You just need to live with me for three months. Ella, it’s my wish.”

“Lunatic!” She glowered at him because she couldn’t stand his rudeness completely.

When she was going away, Dylan caught her hand immediately.

Suddenly, Dylan fainted on the floor.

Ella was frightened by him.

“Dylan… Dylan… Are you all right?” She was very worried about him.

Though she called him aloud, he was without any reaction.

“What happened? Why did he faint?” Ella felt very afraid.

Dylan was sent to the hospital and she got the worst news from doctor.

She couldn’t believe her ears completely. She cried with sorrowful and touched his face.

“Don’t frighten me. Dylan, open your eyes, please. I disallow you to die. Why have you hurt me all the while? What on earth do you want to do? Wake up! Wake up, please.” She cried aloud

“Ella…” He woke up and looked at her.

“Dylan… Are you all right?” She showed grief

“Sorry! Sorry! I shouldn’t trouble you. I should die quietly.” He said

“Don’t say that. I don’t want to listen to that.” She was very angry and sad.

“I want to apologize to you. I think that you surely hate me very much. Believe me, please. Only my father died, I impossible give you up.”

“What happened on earth? She asked him

He showed sorrow and looked at her.

“My father was very upset, when he found that we wanted to elope. He rushed to a running truck and died.” He said with grief

When she got that, she felt very shock.

“I think that it’s retribution certainly. My father knew that I haven’t forgotten you. So he gave me a big punishment.” He smiled with bitterness

“We live together.” She said with smile

Though he didn’t make her sad, he really wanted to see her in last life.

They rented a suite and met each other once every three days.

One day, Nelly appeared in front of them. She hit her and damn them aloud.

She finally knew about Dylan’s illness.

“Why are you treating me like that? What wrong did I do?” She yelled at him

“We go home right away. Let me take good care of you. You’re my husband. I can’t let you live with another woman. Our daughter… you forgot her? She’s waiting for you to come home.”

He was thinking her daughter who was a sweet little girl.

“Let’s go.” He decided to go home with Nelly in order to protect Ella.

Dylan was getting weak since he got home.

His mother realized that he has been missing Ella. She asked Ella to elope with Dylan.

“Forgive me, please. I shouldn’t prevent you to go. Dylan needs you. He doesn’t able to lose you. Ella, it’s my wrong.” Dylan’s mother cried

“Aunt, don’t say that, please. Dylan needs his wife and daughter not me. We both have married.” Actually, she was very worried about him.

Finally, she agreed with her.

Ella and Dylan drove to a strange city which was a long distance from Dylan’s house.

Though Dylan was more and more weak, he felt very happy.

Living with Ella has been Dylan’s the most dream.

They took a walk along the river and sat the embankment to chat each other.

“That’s our dream to live together. Since we met, I haven’t forgotten you one minute. I believe that you’ll recover.” She said

“How will you do if I die? Sorry, I make you in great trouble. Your husband… Have he known about me?” He felt very sad.

“He has known all things. I told him that I must do that. I have to accompany you.” She said

“I’m afraid that maybe Nelly will hurt you.” He looked very worried about her.

“I’ll manage it well. How are you feeling now?”

“Dylan… Don’t frighten me. I’m so fear. Dylan…” She cried and hugged him

“Thanks. I’m so happy. I won’t forget these days. I love you, Ella.” He said the last word to her.

Ella gazed him and cried quietly. 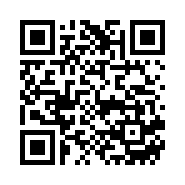