Have you ever seen pyramids? They’re really impressive buildings.

My husband and I visited her five years ago.

We took the traveling ship through the Nile.

It was really a very relaxed trip.

Don’t worry about the question of seasickness. It’s river not sea.

We did a lot of funny things on the ship.

We were having dinner and enjoying dancing shows.

These shows were called bellying dance and revolving dance.

We attended a make-up party. It was really interesting.

There were many peddlers to cry their wares under the ship when we were waiting for passing the water gate.

They threw us their wares.

The ship around had three stories but they were without a miss.

What an amazing they were!

I think that you maybe worry about Egyptian climate.

I must tell the truth to you.

Though it was really hot, we didn’t feel any uncomfortable.

We always took a trip in the mornings and had a rest in the afternoons on the ship.

If only you don’t stay outside in the afternoon, you won’t feel hot strongly.

Have you ever been curious about pyramids?

I think that they’re very mysterious even though I have entered one of them.

The tour guide told us something about pyramids.

“You must respect it when you’re walking into the pyramids.” He said

The passageway was very narrow and dark.

We held a small flashlight and then followed people’ steps.

Don’t walk fast. You must watch your head.

Someone hit the rock and hurt her head.

However, it was a very excited and special experience to me.

If you want to take photos with the pyramids, you have to stand in around one kilometer’s distance.

I have admired Egyptians who built these pyramids.

These temples’ walls full of wall-painting and ancient writings.

I wondered how they did it.

They didn’t have any electric equipment and they had to climb the top.

It’s really difficult to them.

So far people haven’t known how the Egyptians built the pyramids.

The tour guide said that Egypt was flooded several months every year.

Maybe the pyramids were built by means of water.

However, I think that Egyptians are very smart.

Which things will you see if you’re on the outer space?

The report told us, we only can see the Great Wall and Egyptian Pyramids. 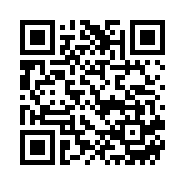