“I deeply have fallen in love with a girl.” Ryan said to Una

Una felt very sad when she got that.

“I hope that she realize my heart.” He gazing at her

“Have you ever told her that?”

If only he felt sad and wanted to say anything, she surely became a good listener.

“No, I don’t dare to tell her. I’m afraid that she will leave me.” He said

“Your meaning is… You just love her quietly?” He felt unbelievable.

“Yes, it’s just my own wishful. She doesn’t know at all. Una, how should I do? Should I tell her my mind?” He looked at her

“Can you be my love adviser?” He said suddenly

“Love adviser? I can’t. I don’t know love at all. I’m just a listener.” She refused his asking.

“I insist.” He said seriously

He was all smiles and then he bent his arm round her shoulder.

When he did that, her face appeared rosy immediately.

They have known each other for ten years.

Ryan was her classmate in the primary school.

He didn’t have any brothers and sisters. He always told her about his mind.

Recently, Una found that she fell in love with Ryan.

They were not children anymore. Ryan was a man.

She was deeply attracted to him. It was a secret in her mind.

She felt very sorrowful since she promised Ryan to be his love adviser.

He often asked her a lot of questions.

He told her that he just wanted to know women’s mind.

“What kind of color is your favor?” Ryan asked her

“What kind of flowers is your favor?”

“Which country do you want to go if you go on a honeymoon?”

“Which season is your favor?”

He asked her many questions time after time.

“Stop!” She yelled at him

“What are you angry about?” He looked at her

“I’m not her. It’s just my opinion. Don’t ask me anymore.” She said

Ryan was quiet down. He didn’t want to make her angry.

A rainy morning, Una was catching the bus and then slipped on the floor.

“Are you all right? A man walked to her and then supported her to stand up.

“Yeah. No problem.” She said to him

“Are you sure? Your knee was hurt.” He said and then looked at it.

“Let me drive you to go to your company.” He said

“Don’t worry about me. Well, I forgot to say thanks to you.”

“Just raised a finger. By the way, may I know what your name is?” He smiled

Drew was a handsome man. He was her elder by eight years.

Since he met her, he fell in love with her.

He chased her enthusiastically.

He always appeared in front of her unexpectedly and then sent a lot of gifts to her.

“What?” Una didn’t know what his meaning was.

“Why does he often drive you to go to company? I saw him to send flowers and gifts to you. Who’s he? Is he your boyfriend?” He said aloud

“Just a friend.” She said

“What kind of friend?”

“Such as you. You’re also just my friend, aren’t you?” She said with upset

“Una. Why are you angry at me?” He really didn’t know.

Suddenly, she cried aloud. She really wanted to tell him about her mind.

“Sorry, I shouldn't lose my temper.” She said sorry to him.

Una hasn’t seen him since that day.

“Maybe he was angry at me. It’s my wrong. I hurt his heart.” She felt very sad.

Finally, Ryan called Una and then went out with her.

“It’s my treat. You can order anything that you want to eat.” He smiled

“What things made you so happy?” She looked at him

“I just want to say sorry to you. I always trouble you a lot.” He said

“Nope. It wasn’t your wrong. I shouldn’t lose my temper.”

They were apology each other and then laughed aloud.

“Don’t angry at me anymore. I’m very afraid that you will ignore me.” He said

“Sorry. I won’t do that. We’re the best friends forever.”

“Friends?” He smiled with bitterness

“Ryan, have you told her about your mind?” Una looked at him

“Oh, not yet. Una, thanks. She said that she loved the birthday gift very much. You did me a great favor.” He said

“What are you thinking about?”

“You seem unhappy. What happened?” His concern showed in his eyes.

“Don’t worry about me. I’m just tired. By the way, what matter do you have?”

“Well, could you help me to select a ring?” He said with smile

“What do you want to do?” She asked him

“I have decided to beg her to marry me.” He said

It was really a big shock to her.

“I don’t want to avoid her anymore. If she can’t able to accept me, I will give her up.”

“That’s great. You finally dare to face yourself.” She smiled

“What’s matter?” She opened the door and looked at him.

“Well, I want to talk something to you.” He showed shy

“I’m intending to go out. Drew is coming soon.” She said

Actually, she didn’t want to see him at all.

She knew that it was the date of asking a marriage.

She was very afraid to hear anything about that.

She lied to him.

Though Drew wanted to date with her, she hasn’t promised him.

“Una, I just need three minutes.” He begged her

At the moment, Drew appeared in from of them. She felt very shock.

She didn’t know why he came here.

She didn’t know how to refuse him and then gazing at Ryan.

When she was getting in his car, Ryan rushed to her and then caught her hand.

“Don’t leave me alone.” He said

She looked sorrowfully at him.

“Sorry, I can’t accompany you to go to ask a marriage to her.” She hid her tears.

“No any girl is in my mind besides you. The ring…” He took a ring out which was

She looked at it.

“It’s yours. Whole gifts are completely yours.

Una cried immediately and then rushed to his hug.

Ryan gave her a kiss and hugged her closely.

“Love her forever. If you make her cry again, I won’t forgive you.”

He drove his car to go after he talked to them.

Ryan was gazing deeply at her and lightly touched her tears.

Una held his hand and then kissed it.

“Forever! We tied together until death.” She said with cry

He appeared all smiles on his face. 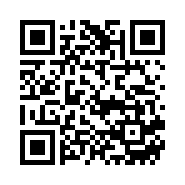