Candy was not a beautiful girl but she was very optimistic.

She always wore big and black glasses. Her classmates loved to call her ugly duckling.

One day, Candy met a boy who studied at the same university with her.

He was her elder by three years.

His name was Seven and he was a handsome boy.

Candy loved him at first sight and she became his best friend.

She always did a lot of things for him.

If only he needed her, she surely appeared at once.

She loved him and didn’t tell him about her mind.

He depended on her very much but he had never thought to be her boyfriend.

In other words, he just treated her like his brother.

She decided to go to Japan after she graduated from university.

She wanted to learn dress designing in order to be his coworker.

Though she studied hard, she always spoiled something.

Since she came to Japan, she hasn’t seen Seven for three years.

One day, she met a man who was Seven’s young brother but she didn’t know him.

His name was Dennis and he was a very quiet man.

Finally, Candy decided to come back to Taiwan.

Seven had a dinner with her and she felt very happy.

He introduced his brother to her.

When they met each other, they felt very surprised.

She promised him and took good care of his brother.

One day, Dennis found that Candy has loved his brother silently all the time.

He saw that his brother how to depend her.

Even he took her to pick out some gifts to give his girlfriends.

Though she felt sad, she was still all smiles.

He felt that she was a kindhearted woman and then concerned her.

One day, Candy made a serious decision. She decided to give up Seven.

She understood that he was impossible to be her boyfriend forever.

She had to begin her new life.

So she changed her hair and wore contact lenses.

The ugly duckling was becoming more and more beautiful.

Dennis fell in love with her. He told her that he will chase her.

She could hardly believe his ears.

She knew that she wasn’t a beautiful woman.

She didn’t know why he loved her.

A sunny afternoon, Seven dated her to go out.

He wanted to complain something with her.

When he saw her, he couldn’t believe his eyes.

“You’re so pretty!” He said

“Thanks!” She said with smile

“I want to tell you about my fiancée, Joyce. I haven’t found her lately. I don’t know where she is. And what is she doing.” He looked very worried.

“You shouldn’t ask me anything again. You’re gonna marry with Joyce. I’m just your friend. If you ask me everything, I think that your fiancée is unhappy.” She said with serious

“Why? Why can’t I ask you? I always share you everything. You’re my best friend.”

Seven knew that he has lost her. He didn’t like the feeling.

Suddenly, he understood that he loved her than his fiancée.

He asked his fiancée to cancel their engagement.

He decided to chase Candy.

When she knew his mind, she felt very trouble.

It’s really a difficult decision to her.

“Do you still love my brother?” Dennis asked her with angry

“I don’t know. Don’t ask me that, please.” She didn’t know how to do answer him the question.

“Don’t put me a hard time, please. I need time to think my future.” She looked very sad

The two guys didn’t force her to make any choice again.

They were waiting for her to tell them about her decision.

She didn’t know how to handle this hard question.

Finally, Dennis made a cruel decision.

He thought that Candy still loved his brother.

“I’m gonna study in the Britain next week. I hope that you marry with my brother. I want to see your smile again. Don’t trouble yourself.” He said with smile

She felt very sad when she got the bad news.

Actually, she has fallen in love with him.

She didn’t dare to tell him.

However, he is Seven’s brother.

She understood that she shouldn’t choose one of the two guys.

Seven knew about her thinking.

“Don’t care me. I know that you love Dennis. And he also loves you very much. Don’t make wrong decision again. You must tell him about your love.”

Candy cried and said thanks to Seven.

She went to the airport in a hurry.

When Dennis saw her, they hugged each other.

Have you ever missed your love?

If you love someone, you should try to tell him/her. 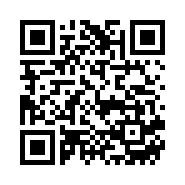