Iris was a blind girl. Though she didn’t see anything, she was very brave.

When she was ten, she moved in a new city with her aunt.

She had to walk a long distance to go to school every day.

And she always was bullied by children at school.

Gene was a naughty boy. He also liked to bully her.

He always rode bike to go to school.

When he saw her to hold a stick to walk to school, he felt so sad.

“I’m Gene who is your classmate. I can ride you to go to school.” Gene said to her

Iris felt very happy and said thanks to him.

Gene became her best friend. He has taken care of her until she was 18.

He loved playing guitar and composing music. And she loved listening to his playing.

“I’ll be composer. If you be a singer, I’ll compose many songs for you.” Gene was playing guitar and saying to her.

“I just hope that you accompany me all the time. Don’t leave me. Besides you, I don’t have any friends.” Iris said with serious

One day, Iris’ aunt decided to marry an American man.

He wanted to take Iris and her aunt to go back to America.

“Iris, your uncle said that he will heal your eyes. You must go to America with us.” Her aunt said

Iris didn’t want to go at all but she didn’t able to refuse them.

She felt very sad because she won’t see Gene for a long time.

“I can keep in touch with you by writing letters.” He handed 365 envelopes to her. And each was written Gene’s address.

Iris was crying and touching these envelopes.

“I’m just worried that you forget me. If you meet a good man, maybe you fall in love with him.” Gene said with smile

“Gene, I really don’t want to leave you.” She cried

“Don’t make you like a kid. Don’t you want to see me? It’s an opportunity to you. Don’t miss it. I’ll be waiting for you until you come back. If you can see me, you love me absolutely.” He said to her

Actually, Gene didn’t want to separate with her at all. For her future, he must do that.

They hugged each other in the airport. Gene was crying silently. He didn’t want to let her hear that.

Iris and her aunt followed the man to go to America.

In fact, he wasn’t a great man. He often hit Iris’ aunt.

She had a great fear and took Iris away from him.

They rented a small suite. And her aunt found a job where it’s a small bar.

She usually took Iris to go to the bar and she was always waiting for her to sit in a chair.

One day, the aunt broke her ankle and couldn’t sing on the stage.

“If you couldn’t sing, I’m gonna hire you.” The boss was very angry.

She felt very worried to lose the job.

When Iris got that, she decided to sing instead of her.

“What a beautiful voice you have!” The boss praised her voice.

Since that day, Iris has been singing at the bar.

When she was singing, she always thought Gene.

She became the most popular singer in the neighborhood.

One day, Iris met a man who is Gene’s friend. But they didn’t know about it completely.

His name was Leo. He fell in love with her at this sight.

Though he chased her hard, she hasn’t accepted his love.

“I have a boyfriend. He’s waiting for me in Taiwan. We’re gonna marry.”

“If only you’re single, I won’t give up. Don’t refuse my love, please.” He said

He was really a great man and very concerned about her.

She didn’t know why Gene hasn’t written letters to her. And Gene also hasn’t gotten her letters for four years

One day, Iris got the worst news about Gene.

“I can’t believe it. Gene still lives. He told me that he is gonna wait for me.” She cried and yelled at her aunt.

“He died! He died! I got the news from Ann who was his neighbor.”

“I must go back to Taiwan right away. I must check that. It’s not true. I can’t believe it.”

“Calm down, Iris. Calm down, please.” She hugged her

Iris was very sad. She lost the courage of living.

The aunt told Leo about Gene’s accident. He felt very sad about him and accompanied her all the time.

Though she saw anything, she didn’t feel happy at all.

She wanted to see Gene first but it’s an impossible thing.

Leo asked a marriage with her and she promised him.

They came back to Taiwan.

“She is my fiancée, Iris. And he is my best friend, Fitch.” Leo said

When Gene saw her, he was shocked by her.

He couldn’t believe his eyes completely. Iris was Leo’s fiancée and she can see anything. Why? What happened on earth?

“Are you OK, Fitch?” Leo asked him with concerned

When she heard Fitch’s voice, she has doubted that he was Gene.

One day, Gene met Iris’ aunt on the street and knew whole things about her.

“She attempted suicide after she got your accident. Now, she finally finds her happiness. Don’t let her know that you still live.” The aunt said

Gene knew that Leo was a great fiancé. He will treat her very well.

Leo managed a musical firm of his own. He wanted to train Iris to be a singer.

He asked Gene to teach her singing and playing piano.

Gene treated her seriously in order to dress the secret up.

One day, Iris went back to the secret place where it belongs to Gene and her.

She saw Fitch there and felt very shock.

Gene didn’t know how he should handle it.

She eventually knew that he was Gene. She felt very happy and refused to marry with Leo.

Leo was very upset when he knew about Fitch.

“I can’t forgive you. You are not my friend anymore.” Leo said to him

Gene didn’t want to lose him because he was really an important friend to him. He felt very distressed.

“Iris, I can’t treat him that. He is my best friend. If we love each other, he certainly feels sad.” Gene said to her

“So, you want to leave me again, right?” Iris said with upset

“I need you, Gene. Don’t leave me. I can’t stand without you again.” She cried

It was really a difficult question to him.

One day, Leo met two bullies when he walked on the street.

They wanted to get some money from him.

“I didn’t owe you money. I don’t have any money.” He said with drunk

“Return Iris to me. You can’t take her go. She is mine. You’re really an ungrateful man.” He cried and yelled at them.

“Are you crazy? We just need money. Don’t say that to us. You’re really a lunatic.”

The two guys felt very angry and then hit him seriously.

Gene saw that Leo was been hitting by two bullies.

He rushed to him and hit the two guys.

Suddenly, one of the bullies aimed the gun at Leo.

When Gene saw the situation, he rushed to Leo right away.

A bullet hit Gene and he fell down on the floor.

He died before he was sent to the hospital.

“Why lied me again? Why? If we didn’t meet, maybe you still live, right? Gene, I love you. Sorry, I made you died. It’s my fault. Gene, open your eyes, please. Gene…” Iris cried with sorrow

She lost him forever. 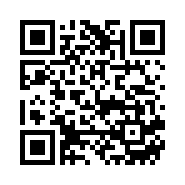